2K Games is back with a new take on basketball with the release of NBA 2K22, and within the game, there are plenty of finely tuned controls that players will want to understand on both devices.

NBA 2K22 is gearing up to be their first big jump in 2K since moving to next-gen consoles with the release of NBA 2K21 last year, as they roll out a ton of new features this year like extra badges, ring scream wheels, and more.

By now, most of you are well aware that the ideal way to play 2K is on a console, and it can be done on both a PC and a console.

But before you strike, you'd better gain speed with all the controls to attack and defend in NBA 2K22.

Mastering the controls in NBA 2K is a way to defeat opponents while playing Ultimate Team of Park. But besides the basic shooting and passing, there are other controls that are very useful for you to master.

Below is an overview of the offensive controls on and off the ball for all platforms, and the switches you'll need to perform these moves in NBA 2K22. 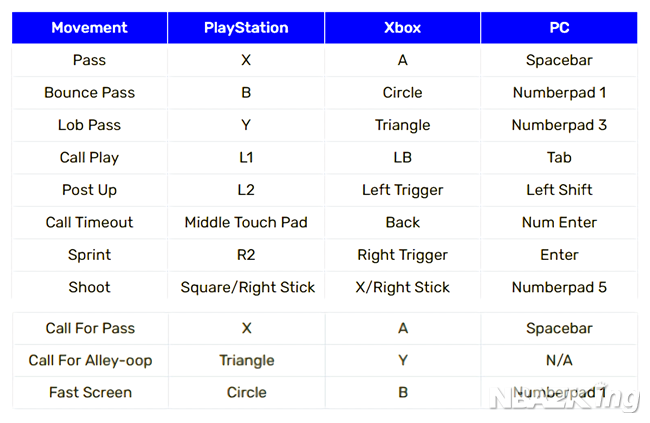 On the other side of the ball, defense is key in basketball, and you want to put pressure on your opponents no matter how aggressive they are when the ball is in their hands.

Here are some controls for all platforms of NBA 2K22. 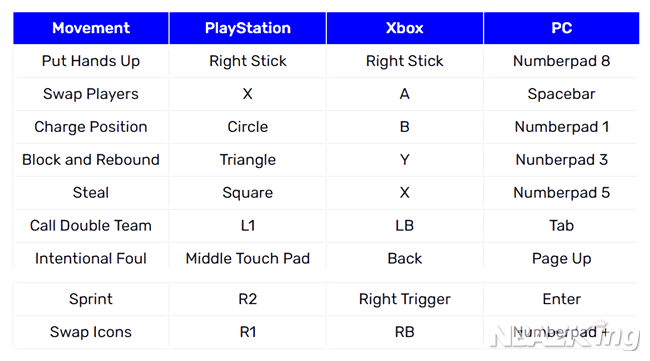 While these are generally the basic controls in NBA 2K22, some of the more advanced ones will focus on the analog sticks, and you'll be able to get some crazy combos to beat your opponent!

Thanks for reading this article, more NBA 2K22 news is here, and NBA2King provides you with cheap NBA 2K22 MT service!